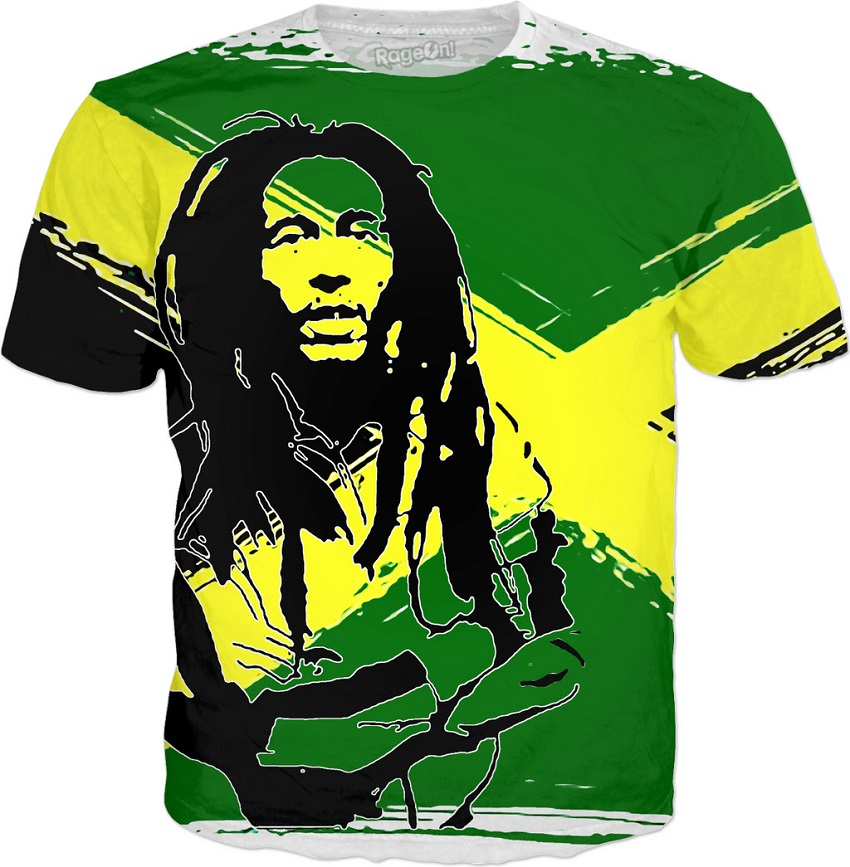 The T-shirt has a varying range of designs and styles, most t-shirt printing companies use symbolic prints. These symbols can include political or social images, usually relating to a movement, a minority of society, or a counterculture lifestyle. Such a lifestyle is the Rastafarian Movement.

The Rastafarian movement thinks of it as not a “religion” but more of a “way of life”. Unlike other religions, the Rastas worship not a vaguely Almighty Being, but their one God is incarnated that of the last Emperor of Ethiopia, Hale Selassie I.

The association with Reggae and Rastafari is mostly due to Bob Marley’s influence on the reggae music genre. Most shirt designs show the signature image of the popular music icon. His worry-free smile and carefree dreadlocks are the most popular images used in reggae shirts. Printed in pencil, sketch, a photograph of the artist. Prints would show Marley’s different poses, him singing on stage or with his head slightly looking up in laid back laughter.

The Reggae design and what it symbolizes

The color red symbolizes the blood of the Jamaicans who sacrificed for change, green represents the forests of the Ethiopian countryside, and gold means the richness and wealth of Africa.

The significance of Cannabis in the Rastafarian faith is expressed in most of the Reggae shirt prints. The five-handed marijuana leaf has been a symbol for the Rastafarian practice of opening the truth to those who follow the faith.

These symbols and designs have been widely used in Reggae shirts. Countless custom printed shirts have been worn by Bob Marley fans both the famous and the infamous, even those who do not practice or believe in the Rastafarian religion.